WHAT IS THE ANNEX 4 ICAO? 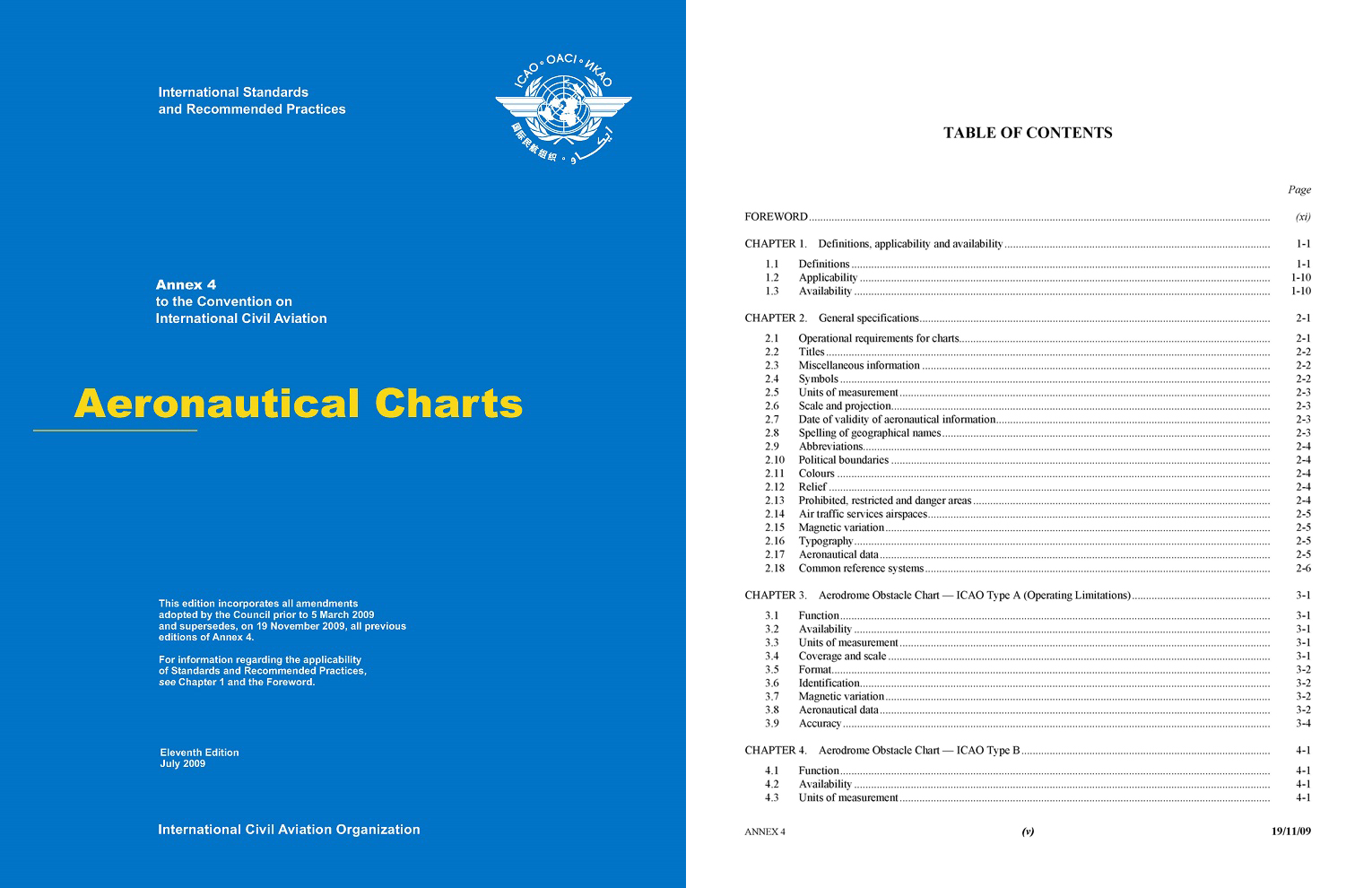 This is a document issued in 2009 by the International Civil Aviation Organization that explains and describes what aeronautical maps for air navigation are and how they should be made. The aim is to orient all the producers towards an identical standard of representation so that there is homogeneity and sharing between the different countries.

DO AVIOPORTOLANO CHARTS COMPLY WITH THE ICAO STANDARD?

The Avioportolano charts (excluding those produced by IGM (Military Geographic Institute)) comply more than any other with the ICAO standard. The table below summarizes the mandatory specifications provided by the ICAO Standard and how Avioportolano has implemented them.

WHY ARE SOME AERONAUTICAL CHARTS WITHOUT CONTOUR LINES?

In aeronautical charts, the ground elevation has always been represented with contour lines just as in the marine charts the seabed is represented with bathymetric lines. On some aeronautical charts produced by individuals and curiously also by some states, the altimetry is represented by fantasy colors brush strokes that have nothing to do with the reality of the altimetry itself. For this reason the representation of this type is called "pictorial representation". To give some examples close to us, the papers published in Austria by Rogers Data publishing, those of the German DFS and the former Jeppesen are of this type. The reason for using pictorial representation - instead of level curves - is that the topographical basis of these maps is often a graphic elaboration of matrices of "automotive" origin: maps designed for the automobile and where, therefore, the information regarding altitudes and terrain configuration is not important. Thirteen years ago Avioportolano also used the geographical base of automotive derivation produced by De Agostini. Since 2015 we have conformed to the highest levels of topographical representation of the terrain and projections whose characteristics are suitable for aeronautical use.

WOULD YOU GO OUT IN A BOAT WITH A CHART WITHOUT BATHYMETRIC LINES OF THE SEABED?

It is clear, just as no one would go to sea with a chart, where the seabed is represented by generic pictorial representations of fantasy. All the more reason why no one would fly with equally random aeronautical charts on the subject of altitude. In order to remedy the dangers associated with this choice, grids have been introduced which indicate the "Minimum Altitudes in the sector" at the level of which it would be safe to fly. These minimum altitudes are calculated on the highest peak in the reference sector increased by 1000 o 2000 FT. Avioportolano continues to believe that aeronautical charts - to be declared as such - must be made with contour lines and hypsometric hues suitable for the best and fastest reading. To these it also adds the grids with the "Minimum sectoral quotas" calculated according to ICAO provisions.

HOW WERE THE HYPSOMETRIC SHADES DEFINED IN THE AVIOPORTOLANO CHARTS?

In the 2006, first and for the first time, Avioportolano distorted the altimetric colours commonly used in aeronautical charts and in which a single colour was used – brown - in as many shade variations as there were altimetric bands.In addition to brown, we have introduced for the firs time the green and gray colors to indicate respectively the mountain, hills and plains according to the international classification. This allows to put particular emphasis on the valley slopes and to easily identify all areas that are between 0/500 FT (grey scale) and 500/200 FT) green scale. 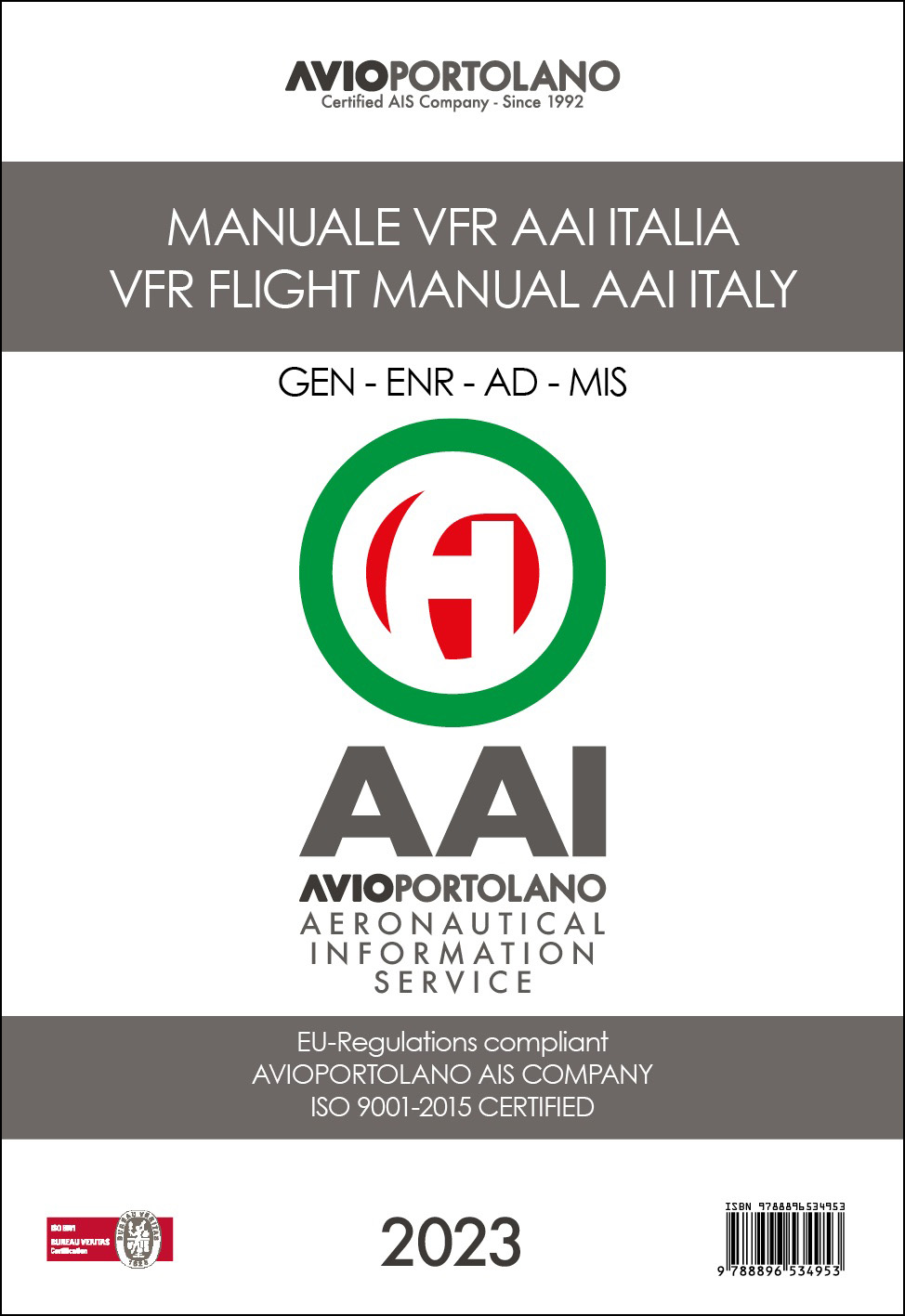